Mark Foster is a design principal with the Zimmer Gunsul Frasca Partnership. With offices in Portland, Seattle, Los Angeles, and Washington, D.C., ZGF is a 380-person firm nationally recognized for its broad-based design practice. Clients include Microsoft, the Johns Hopkins Hospital, the University of California, the National Institutes of Health, Fred Hutchinson Cancer Research Center, Memorial Sloan-Kettering, Hines, Safeco, Portland International Airport, the Metropolitan Transportation Development Board of San Diego, Cornell, Duke, and Washington University. The firm has been recognized with over 300 design awards, including the Architecture Firm Award, the highest honor given to a firm by the American Institute of Architects.

Mark has more than 25 years of experience on a wide range of large, technically complex projects, including research, education, civic, transit, mixed-use, urban design, and healthcare. He was designer for the National Institute of Biologicals in NOIDA, India, a human vaccine-testing laboratory, and for several major transit projects, including the Sunset Transit Center and Washington Park Station, along with the award-winning Westside Corridor Light Rail Project in Portland, Oregon - a project which received a Presidential Design Award. Mark is currently beginning work on a new home for the College of Oceanic and Atmospheric Sciences at Oregon State University.

Originally from Oregon, Mark received his education at the University of Oregon and the Rhode Island School of Design. Mark is a recipient of the Steedman Traveling Fellowship and a Fellow of the American Academy in Rome.

No news for Mark Foster today. 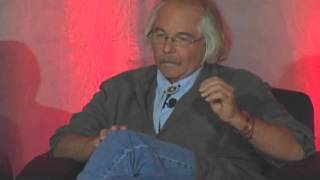 To contact Mark Foster, fill out the form below.