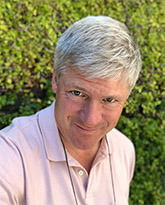 Samuel Huegli has been a member of the Tamedia management board since January 2017. He is responsible for the Technology & Ventures Division, which also includes the platforms doodle.com, meekan.com, olmero.ch / renovero.ch, and starticket.ch.

Between 2000 and 2011, Samuel held various positions at Ringier. As head of Technology & Informatics and later as group CIO, he was in charge of the media company's IT before he was appointed CFO of the Ringier Group in 2007.

In 2012, Samuel became an independent management consultant for companies in Switzerland and in South Africa. He also served on several boards of directors. The trained typographer holds different management degrees from the ZFU and the St. Gallen Business School, as well as the London Business School. Most recently, he attended a Strategic Business Management course at the University of Cape Town in South Africa.

No news for Samuel Huegli today.

To contact Samuel Huegli, fill out the form below.