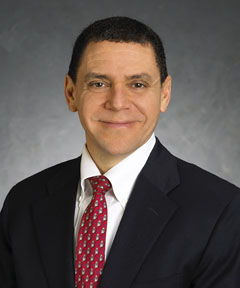 Bruce Kleinman has over 22 years' experience in the programmable semiconductor space, spanning embedded processing, network processing, digital signal processing, and programmable logic. He has been at Xilinx for eight years and is currently the corporate vice president of Platform Marketing. Bruce is responsible for FPGA silicon, IP, design tools, boards, and kits. Previously, he served as the vice president of Technical Sales and was responsible for both worldwide field-based application engineering and worldwide technical support.

Earlier in his career, Bruce was a system-level hardware and software engineer. He worked on a diverse range of projects, from gigahertz test equipment to high-performance computing systems. He was an early adopter of programmable logic - from PALs to the first CPLDs and FPGAs - which subsequently piqued his interest in the semiconductor industry.

No news for Bruce Kleinman today.

To contact Bruce Kleinman, fill out the form below.