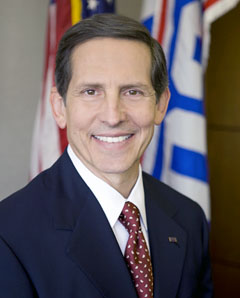 The USO was founded in 1941 by President Franklin Roosevelt to integrate the efforts of multiple agencies supporting U.S. troops in World War II, and has been lifting the spirits of our service men and women ever since. Today, the USO operates more than 130 centers around the world and provides an array of services supporting service members and their families.

Prior to joining the USO, Sloan spent more than 20 years in banking in Charlotte, NC; Atlanta, GA.; Nashville, TN; and Birmingham, AL. In 2004, he retired from AmSouth Bancorp., a New York Stock Exchange-traded corporation, where he was serving as vice chairman and chief financial officer. During his tenure as CFO, AmSouth was added to the S&P 500. Sloan has a long history of service and leadership with a variety of not-for-profit organizations. In 2002, he chaired the United Way campaign in Central Alabama, which raised more than $30 million.

Sloan is a 1975 graduate of the United States Military Academy at West Point. He earned both Airborne and Ranger qualifications and served as an infantry officer in the U.S. Army. He earned a master's degree in Economics from the University of Missouri in Kansas City and a master's degree in Public Administration from the John F. Kennedy School of Government at Harvard University.

Sloan and his wife, Margaret, are the parents of two grown daughters. 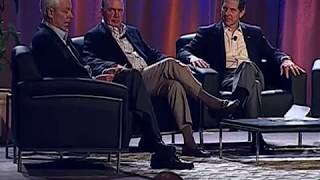 To contact Sloan D. Gibson, fill out the form below.