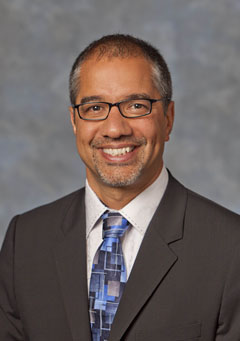 Rob Chandhok is president of Qualcomm Internet Services and president of Qualcomm Innovation Center Inc. (QuIC), a wholly owned Qualcomm subsidiary focused on mobile open source contributions. In his dual role, Rob is responsible for aligning Qualcomm's hardware, software, and services programs by driving the strategies underlying the innovation and development of Qualcomm's mobile software technologies. This includes the integration of mobile operating systems and the applications written to them with the company's industry-leading chipsets, as well as oversight of Qualcomm's Brew MP platform, Plaza, QChat, QPoint, and Xiam solutions. In addition, as president of QuIC, Rob drives the strategies and development for enabling and optimizing open-source software with Qualcomm technology and for relationships with the broader open-source community.

Rob has been with Qualcomm for nine years. Previously, he spearheaded the strategic development for some of its most significant projects. As vice president of Engineering and Market Development, he acted as the chief system architect for MediaFLO while also managing marketing and international business development for MediaFLO. He was a key member of the management team that developed and launched the company's Brew mobile software business, and he led the engineering and market development efforts for QChat, VoIP push-to-talk over CDMA IP data, a technology subsequently licensed by Sprint-Nextel.

At VoIP startup SunRocket, Rob served as chief product officer. He established the company's San Diego offices and brought his vision for IP-based home-centric data communications products and services to the company.

Early in his career, Rob worked as a research computer scientist at the Carnegie Mellon School of Computer Science for more than 10 years, before leaving to found Within Technology. While at Carnegie Mellon, Rob was published in the research areas of programming systems and computer-supported collaborative work. Rob served as president of Within Technology, which he founded in 1993 to commercialize research and new product development in the area of computer-mediated communication.

Rob holds 18 patents in software technologies and holds a Bachelor of Science degree in Electrical Engineering from Carnegie Mellon University.

No news for Rob Chandhok today.

To contact Rob Chandhok, fill out the form below.