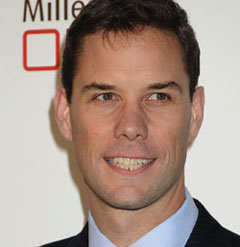 John W. McArthur is the Chief Executive Officer of Millennium Promise. Dr. McArthur is also a Research Associate at the Earth Institute at Columbia University, where he previously served as Policy Director, and teaches at Columbia's School of International and Public Affairs. In 2007 and 2008 he co-chaired the International Commission on Education for Sustainable Development Practice, an initiative sponsored by the MacArthur Foundation to identify the cross-disciplinary training requirements for the next generation of sustainable development practitioners. He now co-chairs the International Advisory Board of the ongoing effort to launch a new global network of graduate degree programs. Previously, Dr. McArthur served as Deputy Director and Manager of the UN Millennium Project. In that role he coordinated a global network of nearly 300 experts who served on ten thematic Task Forces, oversaw a policy team that provided integrated technical advice to governments in low-income countries around the world, and served as lead editor of the Project's final report to the UN Secretary-General, Investing in Development: A Practical Plan to Achieve the Millennium Development Goals. Prior to that he was a Research Fellow at the Center for International Development at Harvard University, where he co-authored the Global Competitiveness Report with Michael Porter and Jeffrey Sachs. He completed a Masters and Doctorate in Economics at Oxford University, which he attended as a Rhodes Scholar; a Masters in Public Policy at Harvard University's John F Kennedy School of Government; and a Bachelor of Arts (Honours) at the University of British Columbia. He was recently recognized by the World Economic Forum as a Young Global Leader.

To contact John W. McArthur, fill out the form below.