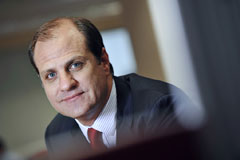 Gavin Michael became head of Digital for the Consumer and Community Banking Division at JPMorgan Chase & Co. in April 2013. Previously, Gavin served as the chief technology innovation officer of Accenture Plc, driving Accenture's innovation and ecosystem agenda, including its technology vision, R&D agenda with technology alliances and the Accenture Technology Labs, and alliances strategy and execution. He also led the Accenture Global CIO Council and its High Performance IT program, as well as Accenture's technology research and thought leadership programs. Prior to that, Gavin served as global managing director of R&D and Alliances at Accenture.

Before joining Accenture, Gavin was with Lloyds Banking Group, first as CTO, then as CIO of Lloyds TSB-UK Retail Banking & General Insurance, and finally as retail technology director at group level. His achievements included driving alignment of technology with the business and leading the effort to simplify business and technology architectures. Prior to joining Lloyds TSB, Gavin worked at National Australia Bank Group in Sydney and was a partner with IBM Business Consulting Services.

A published author, Gavin holds a Ph.D. in Computer Science from the Australian National University and a Bachelor of Science degree from the University of Western Australia.

The Future of Mobile Computing: Integrated Features and Services Five Years From Now 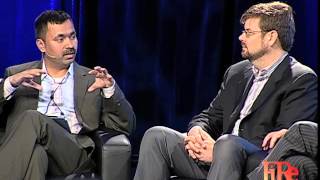 To contact Gavin Michael, fill out the form below.