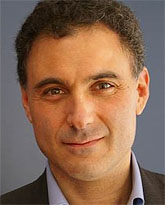 Jonathan Epstein is an angel investor who supports companies in the cloud and finance spaces in the US and Japan, including Guidewire (NYSE: GWRE), Cloudian Inc., Moneytree KK, and others. He serves as country manager/representative director at Credorax Japan KK, a credit-card acquirer.

Before Credorax, Jonathan was country manager at PayPal Japan, where he obtained the Funds Transfer Business Operator (FTBO) license, launched a smartphone-based credit-card reader in 4,600 stores in Japan, and grew revenue and profit by 40%.

From 2008 to 2012, Jonathan was chief product officer and chief risk officer with Asurion Japan, a global mobile communications insurance provider. While with Asurion, he helped grow subscribers to 32 million and achieve a US$1.5 billion revenue run rate. From 2003 to 2008, Jonathan was regional vice president with AIG Corp. Japan and Korea. While at AIG, he started a private equity and M&A group that was a subsidiary of AIG Japan.

Prior to AIG, Jonathan held positions with Nasdaq Japan, Net2Phone, and Becton Dickinson Japan. He was with Softbank Japan as a director of strategic planning from 1996 to 2000, recruited by Masayoshi Son to be his principal advisor on corporate strategy and deal making. At Softbank, he led a JV among Microsoft, Global Crossing, Goldman Sachs, and Softbank and directed numerous PE/VC transactions. He also served on a variety of boards, including Nasdaq Japan, Korea 1st National Bank, Ziff Davis (observer), and Softbank Emerging Markets.

To contact Jonathan Epstein, fill out the form below.