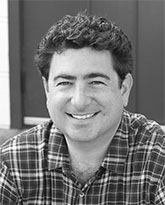 Since graduating from the graduate writing program at the University of Southern California, Joe Piscatella has written for a host of television, film, radio, and print projects, including numerous feature scripts and television pilots for 20th Century Fox, Spyglass, Starz, and Touchstone Television. His credits include Disney's Underdog, Ozzy & Drix for Warner Bros., and Stark Raving Mad for NBC.

Most recently, Joe wrote, directed, and produced the feature documentary film #ChicagoGirl, about a teenage girl in Chicago leading a social network in Syria to take on one of the world's most brutal dictators. #ChicagoGirl has won various jury prizes throughout its European festival run. including the Doc U award at the International Documentary Festival Amsterdam (IDFA), the Golden Butterfly in the Hague at Amnesty International's "Movies That Matter," and the Cinema for Peace and Justice Award from the Cinema for Peace Foundation in Berlin. #ChicagoGirl was named one of Amnesty International's Top Ten Human Rights Heroes of 2014.

Joe has been a contributor to NPR's All Things Considered and the Tacoma News Tribune. He has also been a contributing food and travel writer to a variety of magazines, including Women's Day, Cooking Light, and Attaché (US Air's in-flight magazine).

Joe graduated from Georgetown University. After a try-out as a punter in the Canadian Football League, Joe began his writing career as a speechwriter in Washington, DC, writing jokes for such clients as executives at Johns Hopkins Medical Center and high-ranking personnel in the US Air Force. In addition, he has worked with Ted Koppel at ABC Nightline News.

Joe lives in Pacific Palisades, California, with his wife and two children.

No news for Joe Piscatella today.

Documentaries That Change the World 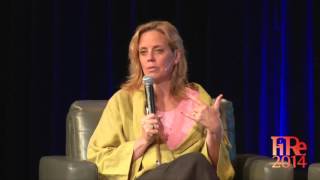 To contact Joe Piscatella, fill out the form below.