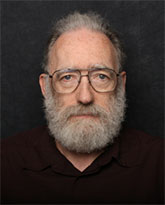 Franklin H. Williams Jr. is the founder and managing member of Live Earth Imaging Inc. and has been working to get Live Earth off the ground since 2013. He also is on staff at L-3, Communication Systems-West Division in Salt Lake City, where he does engineering and business development for advanced US Department of Defense and Intelligence Community communications systems, as well as various programs for international customers.

Prior to L-3, Franklin was with various startups in the US and abroad, including INTRASPACE, IOSTAR, AstroVision International, AstroVision Australia, and INTRACON. During that period, he effected the first license ever issued for two-way communications through the direct broadcast satellite to and from the home. Prior to this, all return communications had to be done through dial-up landlines. Franklin also got implemented a formal process in the US Government whereby a US commercial entity could launch a nuclear-reactor-based satellite into Earth orbit and operate it there, as well as leading the design efforts for such a satellite.

Prior to that era, Franklin did work for the Department of Energy and Defense Nuclear Agency, as well as being an invited researcher at Brookhaven National Lab. His remote-sensing experience started with his active-duty time with the US Air Force, in the mid '70s.

To contact Franklin H. Williams Jr., fill out the form below.