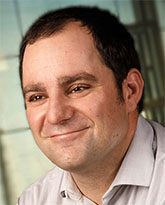 Alexander Lex is an assistant professor of Computer Science at the Scientific Computing and Imaging Institute (SCI) and the School of Computing at the University of Utah. Together with Miriah Meyer, he runs the Visualization Design Lab, where they develop visualization methods and systems to help solve today's scientific problems.

Alexander is on the organizing committee for IEEE Vis, BioVis, and the Visualization in Data Science Symposium. He is also on the program committee for InfoVis, PacificVis, and EuroVis Short Papers. He reviews for a wide range of publications, including IEEE TVCG, CG&A, ACM CHI, and BMC Bioinformatics.

Alexander develops interactive data analysis methods for experts and scientists. His primary research interests are interactive data visualization and analysis, especially applied to molecular biology and pharmacology. He concerns himself with data analysis challenges that require human reasoning and human intervention. He likes to think of his work as human data interaction as interactive visualization, combined with algorithmic and statistical methods, make data accessible for human consumption.

Alexander is a co-founder and leader of the Caleydo Project, which is both software that can be used by life-science experts to visualize biomolecular data and pathways, as well as a platform for implementing prototypes of radical visualization ideas.

Previously, Alexander was a lecturer and postdoctoral visualization researcher in Hanspeter Pfister's group at the Harvard School of Engineering and Applied Sciences. He received his Ph.D. and master's and undergraduate degrees from the Institute for Computer Graphics and Vision at the Graz University of Technology, where he was advised by Prof. Dieter Schmalstieg. In 2011, Alexander was a visiting researcher at Prof. Peter Park's Computational Genomics Research Group at Harvard Medical School.

No news for Alexander Lex today.

Visualizing Flows in Nature and Data 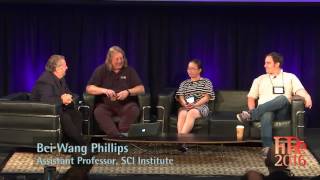 To contact Alexander Lex, fill out the form below.