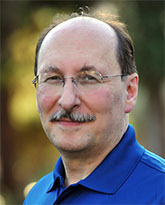 Brad has spent most of his career focused on understanding the market dynamics of the design and engineering software industry. He specializes in trends in engineering, analytics and analysis, business intelligence, brainstorming, cross-vertical pollination, and the mid-term and long-term implications these trends might have on industry vision, corporate strategies, and customer realities.

Brad is a trusted authority to Wall Street - his insights have made him a highly valued adviser to the financial world and to industry executives. In addition to the investment and legal communities, his customers have included Autodesk, Bentley, Ford, Gensler, Intergraph, Siemens, SolidWorks, Xerox, and the US Department of Commerce, among others.

Since 1999, as co-founder and CEO of Cyon Research Corp., Brad built and led a team of industry analysts focused on the field of software for design and engineering. In that role, he also led the creation of COFES: Congress on the Future of Engineering Software. This three-day annual invitation-only event brings together the leadership of the engineering software community to interact in a collaborative environment to shape the future of the engineering software industry. In 2017, Brad led the successful spinout of COFES to the newly formed nonprofit COFES Institute.

Brad is also the co-founder of the Analysis, Simulation, & Systems Engineering Software Strategies (ASSESS) Initiative, a broad-reaching multi-industry initiative with a primary goal to facilitate a revolution of enablement that will vastly increase the availability and utility of engineering simulation.

Brad is the founder, a board member, and chief strategist of the Center for Understanding Change, a 501c3 nonprofit dedicated to the exploration of alternatives in large, complex systems of systems, particularly around critical infrastructure.

Brad is also the founder and current chairman of the board of directors of C4UC Inc. and a member of the advisory board of ParaMatters. Prior to Cyon Research, Brad founded and was president of WBH Associates. A registered architect, Brad has served as chairman of the CAD Society and is a former member of the advisory boards of Sustainable Minds, Inforbix, LEDAS, and others. He is a member of ACM Computer Graphics Pioneers and maintains his architectâs license in the state of Maryland.

Bradâs incisive views on the engineering software industry are based on a keen understanding of new technologies and years of careful observation of their impact on design, engineering, architecture, and manufacturing. His influential opinions about the future of software have appeared in all the major engineering software industry publications. He has been a featured speaker at industry events on six continents. He also developed and maintains the Cyon Research Stock Index, which represents a financial guide to this sector of the high-tech economy. The virtual index has consistently outperformed the Nasdaq.

Brad is the author of The CAD Rating Guide, published in five editions between 1987 and 1997. He has written many articles about engineering software, including 3D computer-aided design (CAD), computer-aided manufacturing (CAM), finite-element analysis, product data management, engineering workstations, and 3D graphics adapters. He has provided editorial direction for both major newsletters serving the CAD/CAM industry - Engineering Automation Report and Computer Aided Design Report - which Cyon Research acquired and published until they were spun out in 2007.

Brad graduated with a Bachelor of Architecture degree from the University of Maryland and a Bachelor of Arts in Biology from Washington University (St. Louis). He has a deep interest in complexity and chaos, which is apparent in his hobbies, which include playing with large sets of magnets and deep dives into the Mandelbrot set.

No news for Brad Holtz today.

To contact Brad Holtz, fill out the form below.