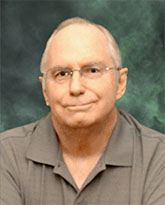 Mike Riddle is a founding member and chief systems architect of Pattern Computer Inc., a startup in stealth mode. Mike is responsible for technical vision and strategy.

Mike's programming efforts in the early years, including his work on compilers and CAD systems, was highly influenced by the limitations of those early systems. Much of his work was done in assembly language to derive the necessary performance. This had a profound impact on Mike's ability to address system issues. For several years, Mike worked with the Open Design Alliance, writing interoperability tools. These tools are used today by most CAD vendors worldwide.

In 2000, Mike attended the first Congress on the Future of Engineering Software (COFES), in Phoenix, Arizona. At that event, he posed the question: "What would CAD look like if it were invented now; if we no longer were limited by hardware capabilities, but rather by software-design related issues?" After a year of study, he reported at the next COFES that our programs were broken at the ground level - in code written many years earlier. Programs looked (in the conceptual sense) like a mountain of yellow sticky notes: a pile of patches and additions accumulated over the years, upon a base of code designed in an era when computer hardware was very inadequate.

Mike spent the next 15 years figuring out how to address the problem, resulting in the C4UC Tool: a message-based design methodology and a toolkit to facilitate it. In 2011, Mike joined the Center for Understanding Change, as director of meta-model architecture, applying the C4UC Tool to challenges of system dynamics modeling.

Engineering News Record listed Mike as one of the "Top 125 people in the construction industry in the last 125 years" in 1999. Machine Design awarded Mike's company, Evolution Computing, its 1992 CAD/CAM leader award. He received a Lifetime Achievement award from the CAD Society in 2008.

To contact Michael Riddle, fill out the form below.