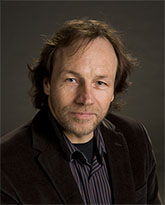 After some years as a carpenter, Hans-Peter Plag studied mathematics and geophysics in Berlin and obtained his Ph.D. in Natural Sciences in 1988 from the Free University of Berlin. From 1988 to 1997, he was head of a research group in geodynamics at the University of Kiel, Germany. During that time, he was also active in environmental movements and later a member of the Green Party. Among others, he was the lead author of a concept for waste reduction and recycling, which contributed to a significant reduction in waste and an increase in recycling. In his teaching, he introduced the students to the concept of sustainability and challenged them with the question of how earth sciences can contribute to a successful quest for a sustainable development.

In 1995, Hans-Peter worked for five months at the Proudman Oceanographic Laboratory, Bidston, UK. From 1997 to 2004, he was head of the Global Reference department at the Geodetic Institute of the Norwegian Mapping Authority in Norway, where he also was a professor of Mathematical Models in Geodesy at the University of Oslo. From 2004 to 2012, he was a research professor at the University of Nevada, Reno, and affiliated with the Nevada Geodetic Laboratory and the Nevada Seismological Laboratory.

From 2012 to 2013, Hans-Peter held the chair on Global Change and Sustainability and was the director of the Global Change and Sustainability Research Institute (GCSRI), University of the Witwatersrand, Johannesburg. He also was a visiting professor at the Stevens Institute of Technology in Hoboken, New Jersey, from 2010 to 2015. In June 2013, he joined Old Dominion University (ODU), in Norfolk, Virginia, as co-director of the Climate Change and Sea Level Rise Initiative and as a professor in the department of Ocean, Earth, and Atmospheric Science. Since March 2014, he has been the founding director of the Mitigation and Adaptation Research Institute (MARI) at ODU.

In his career, Hans-Peter has led more than 15 large international projects; chaired international programs and committees; organized numerous international workshops and conferences, often as chair of the program and/or organizing committees; edited many special issues and proceedings; and coordinated and edited two international and interdisciplinary community reports with up to 40 participating authors. Since 1994, he has been a member of the editorial board of the Journal of Geodynamics and since 1996 editor-in-chief for geodesy for Physics and Chemistry of the Earth. Since 2013, he has published the column "On the Edge" in ApogeoSpatial, where he comments on issues of global change, unsustainability, and global risk governance, among other topics.

No news for Hans-Peter Plag today.

To contact Hans-Peter Plag, fill out the form below.