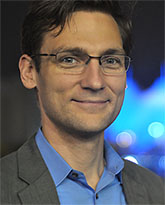 Nathanael Miller has worked as an aerospace engineer in the Engineering Directorate at NASA Langley Research Center for the past 10 years.Â Over his time with NASA, he has designed and integrated test platforms for scientific instruments and technology development missions. With a background in mechatronics, Nathanael has developed ground-based robotic platforms, unmanned aerial vehicles, and suborbital space systems which have supported a range of applications, including inflatable planetary entry systems, Mars surface sensors, and aviation safety research.

In 2015, Nathanael joined the advisory boards of the Graphene Stakeholder Assn. and Coventry Computer and began as a member of the AIAA Space Systems technical committee. Since 2010, he has led the Maieutic Parataxis session at the Congress on the Future of Engineering Software (COFES), which brings a fresh look at new technologies to influence the engineering tools industry. He has also served as an advisory board member of the Frank Batten College of Engineering, Old Dominion University, and as a mentor of a number of middle- and high-school robotic teams.

Nathanael holds Bachelor of Science and Master of Science degrees from Old Dominion University. In his off hours, he is an artist currently interested in exploring sculpture of glass and wire.

No news for Nathanael Miller today.

To contact Nathanael Miller, fill out the form below.