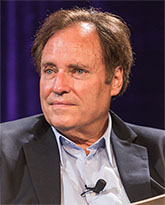 Mark Godsy is the chairman and CEO of Exro Technologies, a company whose goal is to improve the efficiency with which we can convert nature's variable energy into electricity.

Mark is a serial entrepreneur, having first practiced law for approximately four years in Vancouver, BC, Canada. He has served in a variety of positions, including advisor, CEO, CFO, director, and chairman, depending upon how to best serve the interests of particular ventures, which cover many sectors but with an emphasis on the healthcare of people and the planet. Mark is passionate about building teams and realizing on synergies that can help create a great result. He has also been involved in programs that mentor CEOs of junior biotechs and law students, and he is frequently approached to do the same for budding entrepreneurs.

Mark has started or co-founded many companies in the tech sector, including ID Biomedical, which became Canada's largest vaccine company and the fifth-largest in the world; and Angiotech Pharmaceuticals, which created the first coated stent, which has gone on to save tens of millions of lives.

In addition to working with Exro, Mark is a co-founder and chairman of Mojio, director of Nuview Life Sciences, and advisory board member for the McGill Faculty of Law.

Mark loves the outdoors and outdoor sports. He has ski-raced internationally and was the head coach of junior racing at Blackcomb. He has also taught water skiing and competed on the track teams when attending university. He holds a BA from the University of British Columbia and a law degree from McGill, and is a member of the Law Society of British Columbia.

To contact Mark Godsy, fill out the form below.