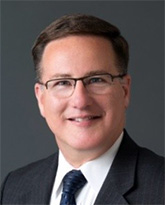 Marcus Sachs is the chief security officer of Pattern Computer Inc., where he is responsible for overall corporate security policy and strategy. He is also a partner at RIDGE-LANE Limited Partners in the Technology practice. He is an internationally recognized security expert with over 35 years of professional leadership in national, homeland, and cyber security.

Marc retired from the United States Army in January 2002 after serving a distinguished 20-year career as a Corps of Engineers and systems automation officer. He specialized during the latter half of his career in computer network operations, tactical communication systems, and the application of secure information technology to the defense environment. In 1998, he was selected to serve with the Defense Department's Joint Task Force for Computer Network Defense (JTF-CND), a unique organization created to defend the department's computer networks from foreign intrusions.

In February 2002, Marc was appointed by President George W. Bush to serve concurrently on the staff of the National Security Council as the director for Communication Infrastructure Protection in the White House Office of Cyberspace Security, and on the staff of the President's Critical Infrastructure Protection Board. In May 2003, he joined the National Cyber Security Division of the US Department of Homeland Security as the department's first Cyber Program director, where he was responsible for developing the implementation plan for the National Strategy to Secure Cyberspace. While at the White House and DHS, he proposed and developed the concept and early design for the United States Computer Emergency Response Team (US-CERT), launched in September 2003.

Marc's private-sector experience includes serving as the deputy director of SRI International's Computer Science laboratory, as the vice president for National Security Policy at Verizon Communications, and as the senior vice president and chief security officer of the North American Electric Reliability Corp. (NERC), where he directed the rebuilding of the Electricity Information Sharing and Analysis Center (E-ISAC). He served on the Executive Committee of the US Communications Sector Coordinating Council, was the vice chair of the Communications Information Sharing and Analysis Center (Comm-ISAC), and has held leadership roles in several public / private advisory working groups and task forces. In November 2007, Marc was named a member of the Commission on Cyber Security for the 44th Presidency. He has served as an advisor to seven technology startups.

Marc directed the all-volunteer SANS Internet Storm Center from 2003 to 2010 and remains actively involved in efforts to raise cyber-security awareness and to professionalize the cyber career field. He has testified before the Federal Communications Commission, the Federal Energy Regulatory Commission, and the United States Congress. He holds degrees in Civil Engineering, Science and Technology Commercialization, and Computer Science, and is "All But Dissertation" on a PhD in Public Policy. He is a registered Professional Engineer in the Commonwealth of Virginia, and was named a Distinguished Member of the US Army Signal Regiment in 2017. 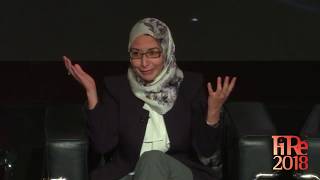 To contact Marcus Sachs, fill out the form below.