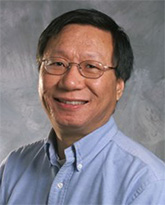 Curtis Wong is retired from a 35-year career at the intersection of media, arts, technology, and astronomy to pursue his avocation working with some of the top Leonardo da Vinci scholars around the world to better understand Leonardo da Vinci's notebooks, such as the Codex Leicester.

Curtis's work at Microsoft has been used by millions of people around the world, and his collaboration with PBS has produced innovative programs that have redefined the nature of television and broadband media and have been recognized with many awards, from a British Academy Award to Emmy and Webby nominations for innovative programs. Curtis has been granted over 60 US patents, including the 5,000th and 10,000th patents granted to Microsoft.

Prior to Microsoft, Curtis was director of the Content Group at Intel, responsible for creating the first broadband virtual museum-exhibition network on the web, and was featured at TED in 1998. Prior to Intel, he produced critically acclaimed educational CD-ROMs at Corbis and the Voyager Co., and definitive editions of feature films for the Criterion Collection.

Curtis has served on advisory boards for PBS Online and PBS KIDS, and worked with WGBH Frontline as a consulting producer. He has served as a trustee for the Rhode Island School of Design and the Seattle Art Museum. Curtis is featured in TED conference creator Richard Saul Wurman's book 1000: Who's Really Who (1000 most creative individuals in the USA), and has presented his work at TED in 1997, 1999, and 2008 and at TEDx CalTech 2009. He has been awarded two honorary doctorate degrees in the past two years and is an honorary professor of Histories and Humanities at Trinity College, Dublin.

No news for Curtis Wong today.

To contact Curtis Wong, fill out the form below.