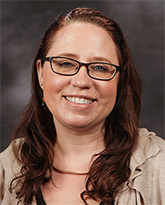 Katherine S. O'Donnell is marketing and communications advisor for Zoolingua, the technology company that promises to let us finally talk to the animals, starting with dogs. Katherine spent more than a decade speaking for the animals, working with pet shelters, animal hospitals, and rescue agencies. She has led multimillion-dollar capital campaigns, established major donor programs to garner six-figure charitable contributions, and directed a local animal shelter's crisis communication effort that reached a worldwide audience. She has also published expert content about the human-animal bond in a national publication.

Katherine is director of development and communications for LifeLong Medical Care, a publicly funded community health center serving 60,000-plus low-income patients in Alameda, Contra Costa, and Marin counties in California. In her five-plus years there, she has earned the organization national media coverage, built a robust social media presence, and created and implemented strategic marketing communication plans, as well as written and placed publicity articles that have reached a nationwide audience.

Katherine is a graduate of Northern Arizona University, where she majored in Advertising and minored in Russian. She lives in the San Francisco Bay Area with her three rescue dogs, cats, and rabbit.

No news for Katherine O'Donnell today.

To contact Katherine O'Donnell, fill out the form below.