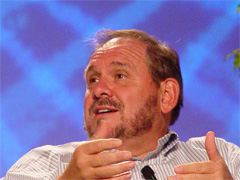 Larry Brilliant is an M.D. and M.P.H., board-certified in preventive medicine, epidemiology, and public health. He is president of the Skoll Urgent Threats Fund and senior advisor to Jeff Skoll, the founder of Participant Systems (which made An Inconvenient Truth, Kite Runner, and numerous other films), Capricorn Investments, and the Skoll family of Foundations. The Skoll Urgent Threats Fund does grant making and advocacy to help solve some of the most urgent threats of our time: climate change, nuclear weapons, water scarcity, emerging potential pandemics, and Middle East conflicts.

Larry was one of a four-person international team that led the successful World Health Organization smallpox eradication program in India and South Asia, where he lived for more than 10 years working on polio and blindness after smallpox was eradicated. He later founded the Seva Foundation of Berkeley, California, which works in dozens of countries around the world to eliminate preventable and curable blindness. Seva's projects have given back sight to nearly 3 million people.

In 2008, TIME magazine named Larry one of the 20 most influential scientists and thinkers and one of the 100 most influential people in the world. Larry served a three-year stint as the first executive director of Google.org, the company's philanthropic arm, before becoming Chief Philanthropy Evangelist for Google.

Larry co-founded The Well, a pioneering virtual community, with Stewart Brand in 1985. He also holds a telecom systems patent and has served as CEO of public and venture-backed technology companies.

Earlier in his career, Larry was a professor of International Health and Epidemiology at the University of Michigan. He has authored two books, including The Management of Smallpox Eradication in India, and dozens of scientific articles on infectious diseases, blindness, and international health policy. He is currently writing a book for Harper-Collins on the world's most urgent threats and how to fight them.

In 2008, Larry was given a Global Leadership Award by the United Nations Organization. In 2006, he received the TED Prize. He was named "International Public Health Hero" by the University of California in 2004. Larry worked in India for WHO for more than 10 years, on smallpox, blindness, and polio. His polio work for WHO led him to create the idea for a documentary, The Final Inch, which won an Oscar nomination in 2009 and is currently running on HBO TV.

After the September 11 attacks of 2001, and the anthrax bio-terror attacks which followed, Larry left corporate jobs to volunteer as a "first responder" for CDC's smallpox bio-terrorism response effort. After the Christmas 2004 tsunami, Larry volunteered to work in refugee camps and personally collected and carried financial contributions to refugee organizations in Sri Lanka and Indonesia. He currently chairs a task force created by Presidential directive: the National Biosurveillance Advisory Subcommittee.

Larry was elected to membership in the Council on Foreign Relations in 2009. He sits on the boards of the Skoll Foundation, Health Metrics Network, and Omidyar Networks Humanity United. He is an actively sought-after speaker, and has received numerous other awards, prizes, and honorary doctorates.

The Global Unveiling of the U-Movement: Accelerating the U.N. Millennium Development Goals Through Social Media 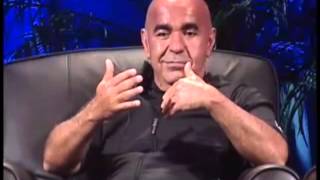 Assessing the H1N1 ('Swine Flu') Pandemic: What to Expect for the Next Few Years 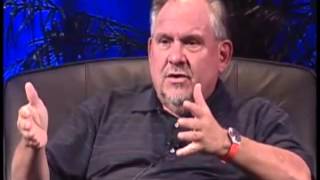