Peter Coroneos is chief executive of the Internet Industry Association, the national trade association for Internet commerce, content, and connectivity in Australia. In addition to his role as primary industry advocate, political strategist, and spokesperson for the IIA, Peter drives the IIA's policy development work and has instigated the formation of specialist task forces to leverage member expertise in diverse legal, economic, and technical areas.

Peter is currently overseeing the development and implementation of industry codes of practice within the IIA representing industry's proactive response to a range of challenging social policy areas within Australia, ranging from cybersecurity to online content. Peter acts as industry representative on a number of high-level bodies and regularly appears before the House of Representatives and Senate to provide expert evidence on matters of public interest related to the Net.

Peter was principal author of the IIA's 2006 "National Broadband Targets 2010," a white paper acknowledged by the Australian Government as being a key driver in its decision to underwrite a near-ubiquitous national FTTP network. This historic decision will form Australia's single biggest infrastructure investment.

Prior to his appointment in 1997, Peter enjoyed a diverse professional life as a science educator, marketing consultant, and senior officer with the national competition and telecommunications regulator. His multidisciplinary education includes a First Class Honours degree in Law, an Honours degree in Agricultural Economics, and a postgraduate diploma in Education.

A specialist in Internet governance and joint industry-government cooperation, Peter has addressed audiences in the U.S., Europe, and Asia.

No news for Peter Coroneos today. 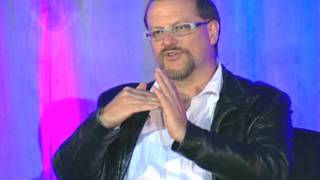