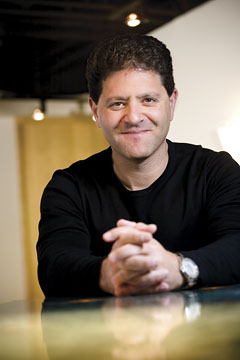 Nicolas "Nick" Hanauer is a Seattle-based serial entrepreneur, venture capitalist, author, and activist with a knack for identifying and building transformative business models.

In 1995, Nick became the first non-family investor in Amazon.com, where he served as a board advisor until January 2000. During the same time period, he founded and served as CEO of aQuantive Inc. (originally Avenue A Media) and a short time later founded Gear.com. aQuantive was acquired by Microsoft in August 2007 for $6.4 billion, the largest acquisition in Microsoft history, and Gear.com merged with Overstock.com in 2001.

Nick co-founded Second Avenue Partners in 2000. His current investment portfolio includes Marketleader.com, Ice Energy, Modumetal, and Qliance Medical. Prior portfolio companies Insitu Group and Newsvine were respectively sold to Boeing in 2008 and MSNBC.com (Microsoft and NBC Universal) in 2007. He currently serves as a board member and advisor to Marketleader.com and Qliance Medical (Insitu Group and Newsvine) and is vice chairman of Marchex.

Nick began his career in sales and marketing at the Pacific Coast Feather Co. and still serves as the company's board chairman. In 1988, he co-founded Museum Quality Framing Company, which is the largest of its kind on the West Coast, with 60 stores.

Nick directs a significant portion of his time to social and policy issues. In 2007, he co-authored The True Patriot with Eric Liu (currently in its second printing) and co-founded the True Patriot Network, a nonpartisan group committed to furthering patriotic ideals. He also co-founded, and serves as co-president of, the Washington State League of Education Voters (LEV), a nonpartisan statewide political organization focused on promoting public education. Nick also serves on the boards of the Cascade Land Conservancy; the University of Arizona's Mt. Lemmon Science Center; and the Biosphere2, a University of Arizona climate research project.

A Seattle-area native, Nick is an avid adventure traveler who has visited more than 60 countries, a fly fisherman, and an amateur astronomer. He and his wife, Leslie, reside in the Seattle area with their two children. 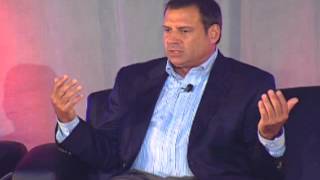