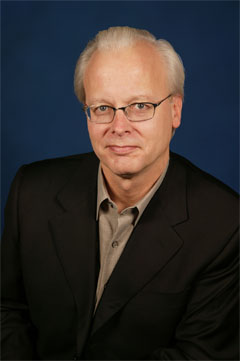 Ray assumed the chief software architect's role in June 2006, when chairman Bill Gates announced his intent to relinquish his Microsoft day-to-day responsibilities in July 2008. In his role as CSA, Ray is responsible for oversight of the company's technical strategy and product architecture. Ray is also directing development of the company's next-generation software services platform.

Previously, Ray was chief technical officer, from April 2005 to June 2006. He assumed that role in April 2005 after Microsoft acquired Groove Networks, a next-generation collaboration software company he formed in 1997.

Ray earned a bachelor's degree in Computer Science from the University of Illinois-Urbana-Champaign, where he was first exposed to the nature and significance of collaborative systems and computer-supported cooperative work while working on the university's seminal PLATO project. This work significantly influenced his perspective on collaborative systems and the projects he has undertaken throughout his career. He's subsequently been honored as one of the school's distinguished alumnus.

Honored as one of seven "Windows Pioneers" by Microsoft, Ray was named "Person of the Year" in 1995 by PC Magazine, and has been inducted into the Computer Museum Industry Hall of Fame and the InfoWorld Hall of Fame. In November 2000, he received the Institute for Electrical and Electronics Engineers (IEEE) Computer Society's W. Wallace McDowell Award, and in 2001 he was honored as a World Economic Forum Technology Pioneer.

The Complex World of Emerging Platforms, from Cloud to Phone 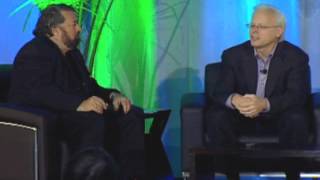