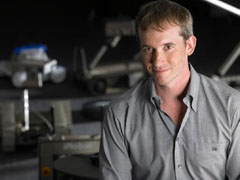 Colin Angle is chairman of the board, chief executive officer and co-founder of iRobot Corp. (Nasdaq: IRBT). Colin's leadership has transformed the Massachusetts Institute of Technology spinoff into a global leader of practical robots. One of the world's leading authorities on mobile robots, Angle is an industry pioneer with more than two decades of experience. Under his guidance, iRobot is at the forefront of the growing robot industry, delivering home and military robots that are making a difference.

A longtime sailor, Colin is known for his ability to bring together and inspire a winning crew. By setting a course of team empowerment, collaboration, and innovation, Colin is enabling iRobot to deliver cutting-edge, market-leading robots that save time and lives. Today, more than 7.5 million home robots have been sold worldwide, revolutionizing the way people clean. More than 4,500 military robots have been delivered to defense forces worldwide, performing thousands of dangerous missions while keeping troops out of harm's way.

Colin's vision for the future of robots and his keen sense of business strategy are driving forces behind iRobot's successful identification and execution of expansion opportunities. Under Colin's leadership, iRobot has formed strategic partnerships with Halliburton, SC Johnson Wax, Hasbro, and a variety of other companies, building on decades of expertise from each partner to create new and innovative robot solutions.

In iRobot's early days, Colin and his team designed the behavior-controlled rovers for NASA that led to the Sojourner exploring Mars in 1997. Colin's team won the NASA Group Achievement Award for its accomplishments, and his name is inscribed inside the case of Spirit, the Mars exploration rover on display at NASA.

Before co-founding iRobot in 1990, Colin was president of Artificial Creatures Inc. Earlier in his career, Colin worked at MIT's Artificial Intelligence Laboratory, where he first teamed with iRobot co-founders Helen Greiner and Dr. Rodney Brooks. Colin's master thesis at MIT produced Genghis, a six-legged autonomous walking robot that is now at the Smithsonian National Air and Science Museum in Washington, D.C.

Colin's leadership has been recognized with numerous professional awards. He has been named CEO of the Year by the Mass Technology Leadership Council, Most Admired CEO by the Boston Business Journal, a Mass High Tech All-Star, one of Fortune Small Business Magazine's Best Bosses, and New England Entrepreneur of the Year by Ernst and Young. Colin has appeared on CNN and CNBC and has been profiled as an industry expert in media outlets such as BusinessWeek, CNET, the New York Times, and Newsweek. He's a member of the board of directors at Zeo Inc. and Striiv Inc.

Colin holds a bachelor's degree in Electrical Engineering and a master's degree in Computer Science, both from MIT.

Integrating Robots into Our Homes, Healthcare, and Beyond 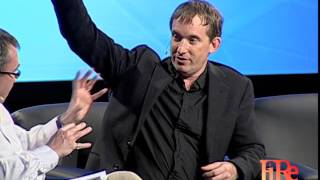