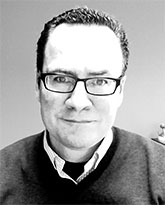 Prior to Nuance, Peter held leadership roles in marketing, product management, and operations at ATG, Engage, and PictureTel after a successful career in sales and alliances at IBM.

In addition to his responsibilities at Nuance, Peter is on the board of directors of Easter Seals Massachusetts. Peter has a BS from Boston College with a double major in Physics and Computer Science.