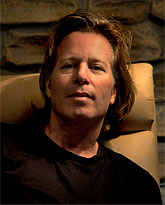 Stephen Nemeth formed and heads up Rhino Films, the independent film company that originated as a division of iconoclastic record label Rhino Records. He has produced and executive-produced dozens of films. His producer credits include The Sessions, starring John Hawkes, Helen Hunt, and William H. Macy (Sundance 2012 Audience Award, 2013 Academy Award nomination for Helen Hunt), C.O.G. , the first David Sedaris adaptation (Sundance 2013), Fear and Loathing in Las Vegas, Why Do Fools Fall in Love, Dogtown and Z Boys, and Radio Free Albemuth, the last Philip K. Dick novel. He is in post-production on Snake and Mongoose, about a legendary drag-racing rivalry.

Stephen's documentary credits include War/Dance (2008 Academy Award nomination), Fuel (Sundance 2008 Audience Award), Flow (Sundance 2008), Pick Up the Mic (Toronto 2005), Climate Refugees (Sundance 2010), Mr. Bitchin' about artist Robert Williams, Under the Boardwalk: The Monopoly Story, and Patriocracy. He is in post-production on A Nuclear Family, Ride with Larry, and State of Control. He is on the board of numerous nonprofit organizations, including Friends of the Earth, Children Uniting Nations, and the International Documentary Association, and is on the dean's board of the University of California-Santa Cruz School for the Arts.