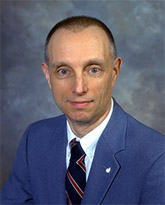 Dennis is a member of the National Academy of Engineering; a Fellow of ASME, AIAA, and the Royal Aeronautical Society; and a member of the TechCast Panel, a group of international experts engaged in technology forecasting. He holds numerous awards and distinctions from governmental agencies, professional societies, and academia, and has served many national and international organizations as a consultant or committee member. He has served as reviewer and editor for 40 journals and organizations and has made seminal contributions in the area of biofuels / biomass as petroleum replacements, sourced from wastelands and saline / waste water via halophytes and algae.

Dennis originated and organizes a yearly workshop for the US Army Training and Doctrine Command (TRADOC) on future technology / warfare, out of which has grown the Army "Red Franchise," the preferred national security future operating environment utilized by the US Army, Navy, and Joint Forces Command. The USAF modeled its "Discovery Games" on these TRADOC workshops.

Dennis earned a BS with highest honors in Mechanical Engineering from the University of Connecticut (1963) and an MS in Mechanical Engineering from the University of Virginia (1967). He won the Lawrence A. Sperry Award in 1975 and also has won the AIAA Fluid and Plasma Dynamics Award as well as the AIAA Dryden Lectureship, and he is the recipient of many NASA medals for outstanding scientific achievement and leadership.

To contact Dennis Bushnell, fill out the form below.