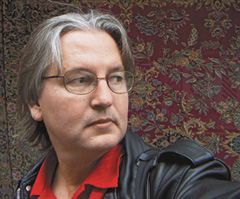 A native of Austin, Texas, Bruce Sterling is best-known as a science-fiction writer, Net critic, and internationally recognized cyberspace theorist. His novels Involution Ocean, The Artificial Kid, Schismatrix, Islands in the Net, and Heavy Weather helped define the cyberpunk literary movement. He co-authored with William Gibson the novel The Difference Engine, is one of the founders of the Electronic Frontier Foundation, and is the editor of "Mirrorshades" and co-editor of The Cyberpunk Anthology.

Others among Bruce's dozens of best-known fiction and nonfiction publications are Zeitgeist, Distraction, Holy Fire, The Hacker Crackdown, and Tomorrow Now. He has also been the inspiration for, or instigator of, several Web-focused projects, notably:

Bruce has lived for extended periods in India, Belgrade, and most recently Turin, Italy. In 2003, he was appointed as a professor of media and design at the European Graduate School, and he accepted the role of "visionary in residence" at the Art Center College of Design in Pasadena, California, in 2005. 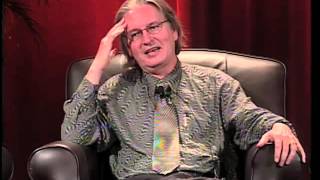 To contact Bruce Sterling, fill out the form below.