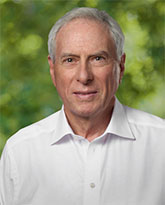 Hon. Daniel S. Goldin serves as the founder and chairman at Intellisis Corp. Daniel served as vice president and general manager of the TRW Space and Technology Group from 1987 to 1992 and as its executive and advanced technology researcher from 1967 to 1987; there he led the development of the Compton Gamma Ray Observatory and the Chandra X-Ray Observatory. Daniel has served as a member of the board of advisors of MMRGlobal Inc. He was employed for 25 years with TRW, during which his contributions toward technologies for military, civil, and commercial applications were numerous and varied, including the conception and development of the first high-powered transponder used to demonstrate the feasibility of space-based direct broadcast TV, as well as state-of-the-art, space-based communication systems.

Daniel began his career at NASA's Glenn Research Center working on electric propulsion systems for human interplanetary travel. He was the longest-serving administrator in NASA's history, from 1992 to 2001. He presided over NASA from 1992 to 2001 under presidents George H. W. Bush, William Jefferson Clinton, and George W. Bush, and is credited with transforming NASA into a fiscally responsible and scientifically innovative agency. He was able to improve its scientific and technological productivity, as well as safety indicators, while reducing the agency's planned expenditures.

Daniel is a Distinguished Fellow with the Council on Competitiveness in Washington, DC, and has been Senior Fellow since November 2001. He serves as a member of the National Academy of Engineers and as a Fellow of the American Institute of Aeronautics and Astronautics. He graduated from the City College of New York in 1962 with a Bachelor of Science degree in Mechanical Engineering and the UCLA Executive Management Program in 1983.

No news for Daniel Goldin today.

Machine Intelligence in a Noisy and Dangerous World 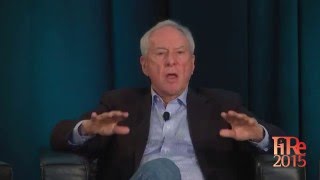 To contact Daniel Goldin, fill out the form below.