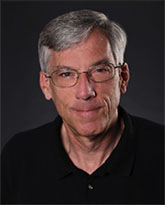 R. Preston McAfee, Ph.D., corporate vice president and chief economist of Microsoft, is an economist who has worked extensively in pricing, auctions, antitrust, business strategy, market design, computational advertising, and machine learning applied to exchanges. He is the author of over 100 refereed articles, seven patents, and three books.

Working with colleague John McMillan in the 1980s, Preston developed research that showed how auctions could be designed to improve government procurement and sales. This theoretical and empirical research was used in the 1994-95 sales of spectrum (radio frequencies) by the FCC, which netted $20B for the government. The auction design that emerged has been used around the world, in the sale of over $100B in spectrum. For this work, Preston was awarded a Golden Goose award in 2014.

In 1995, McAfee, McMillan, and Stanford professors Paul Milgrom and Robert Wilson formed a company, Market Design Inc., that provided auction advice and expertise in many countries. This company has branched out from spectrum to serve other markets, notably electricity.

In 2006, Preston finished Introduction to Economic Analysis, a freely available textbook covering both introductory and intermediate microeconomics. He won the Association of Research Librariesâ SParc Innovator award in 2009. You can find additional information here: http://vita.mcafee.cc/. 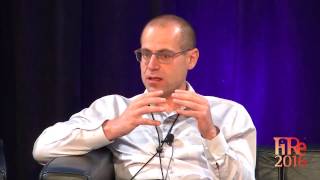 Digitalization, the Cloud, and the Transformation of the 21st Century Enterprise 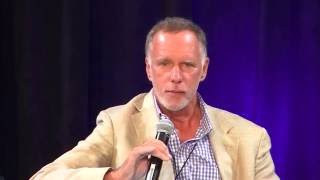 To contact R. Preston McAfee, fill out the form below.