The Strategic News Service™ is the world’s most reliable source of advanced information at the intersection of technology and economics. Its publicly graded prediction rate in these areas is unmatched, and its success in pointing out critically important new strategic issues to global thought leaders – often in their own areas of expertise – is well-established. This is why Bill Gates, Paul Jacobs, Justin Rattner, Michael Dell, Elon Musk, Paul Ricci, Bill Janeway, and many other global intellectual, policy, and business leaders have become SNS members.

Since its 1995 inception, SNS has evolved into a global force, expressed partly through a remarkable membership, which works in three modes: to research and describe missing strategic insights into what is happening now, to accurately predict what is to be expected in the next 3-5 years, and to rally interest in accelerating the benign trends that matter most. In this way, together we have led a movement beginning with unbiased research in computing and communications, into global integration of markets and trends, and culminating in appropriate actions.

We believe that technology drives the global economy. For that reason, SNS finds its work now at the center of leverage for global leaders in every economic and policy segment. Active areas of discussion include: Computing, Communications, Cleantech, Security and Economic Cyberwar, Climate Change, Education, Finance, Fixing Healthcare, Ocean Health, Energy, Cloud Infrastructure, and more.

SNS Interactive News™ (iNews): A patent-pending community-driven news source, offering the public daily updates about global business and technology leaders and their achievements, and offering Premium SNS members the opportunity to interact directly with these newsleaders while the news is fresh.

The SNS Weekly Global Report on Technology and the Economy: Called “the best technology letter” by Fortune magazine, this was the first subscription newsletter on the Internet. SNS members consistently indicate two primary benefits: receiving new strategic insights into current global trends and accurate prediction of outcomes in the 3-5 year timeframe, in technology and economics worldwide.

SNS Future in Review (FiRe) Conference: First held in 2003, and soon named “the best technology conference in the world” by the Economist, the annual Future in Review™ Conference is exceptional in its breadth and depth. International speakers and participants often share roles, with a bias favoring action. FiRe is covered by media alliance partner BBC World News, with its 150MM audience, and is streamed live to global mirror sites including London, Shanghai, Berlin, Rio de Janeiro, and Tokyo.

SNS FiReGlobal Conferences: With the tagline “Local problems with global solutions,” these events offer regional attendees a focus on their own problem sets, addressed by global thought leaders.

SNS Annual Predictions Dinner in New York: Held at the Waldorf Astoria each December since 2005, this event includes a cocktail reception and full dinner, an interview with a global leader on a topic of current SNS interest, and the release of SNS CEO Mark Anderson’s predictions about the year to come. These are then distributed by global news organizations, including the BBC World News, the Wall Street Journal, the New York Times, Forbes, NPR, and others. Publicly graded predictions accuracy rate since 1995: 94%.

SNS Project Inkwell™: The first global vendor consortium to research and design the use of appropriate technology in K12 classrooms; convened by SNS in 2003. Input sources included students, teachers, administrators, governors, nonprofit leaders, and Cabinet-level officials from Britain, Europe, the U.S., and Australia. Inkwell’s “Spark” design for a K12 computing device, developed by consortium member IDEO, has won design awards in the U.S. and Europe. Today, Inkwell has become a catalyst for ensuring implementation of these transformations.

SNS INVNT/IP Global Consortium: The Inventing Nations vs. Nation-sponsored Theft of IP global consortium was initiated by SNS in 2011 after SNS research led to the discovery, and publicizing, of the China national business model, including its core requirements for stolen or extorted IP from other nations. It is the goal of the INVNT/IP to reduce these practices, in order to protect the ROI of inventing companies and countries, as well as that of the global economy.

SNS Conference Calls: “Big Problems, Big Solutions:: Held quarterly, and discounted for SNS members, these calls with Mark Anderson allow participants to bring their own corporate questions to major subjects of concern in technology and economics.

Member Company Reviews: Provided by Mark Anderson, available to SNS members. Past review and consult subjects include Dell, Hewlett-Packard, Microsoft, Adobe, and others.

Major Global Corporate Events: SNS partners with global member organizations to produce top-level private events on critical subjects for the partner firm and its clients. The Accenture/SNS meeting on Economic Cyberwar, held in London for Accenture’s global CIO and COO groups, is a recent example.

New Science and Technology: In addition to discovering strategic trends and making predictions, SNS is a source of ideas for patentable inventions, descriptions of untapped future markets and products in technology, and new theories in pure science. (See “SNS Science and Technology Contributions List.”)

SNS is a revolutionary step beyond today’s news, providing Advanced Information to its members. Virtually all major international news services subscribe to SNS, and repurpose stories that we originate, including Reuters, the Financial Times, the Economist, the New York Times, Forbes, Fortune, the Wall Street Journal, Bloomberg TV, Bloomberg Businessweek, and NPR. (At their Brainstorm Conference, Fortune editors once identified SNS as its prime story source in technology.)

By describing landscapes of opportunities at the intersection of technology and economics, and then assisting in translating these into partnerships and action, SNS is redefining the value, delivery, and benefits of processed news.

Our goal is to produce dynamically useful, focused information not available anywhere else. We are proud that Accenture, Nuance, Symantec, Intel, Adobe, Deutsche Telekom, and other great companies have chosen to provide the SNS Weekly Report to their entire teams, in recognition of its standing as a powerful competitive weapon. 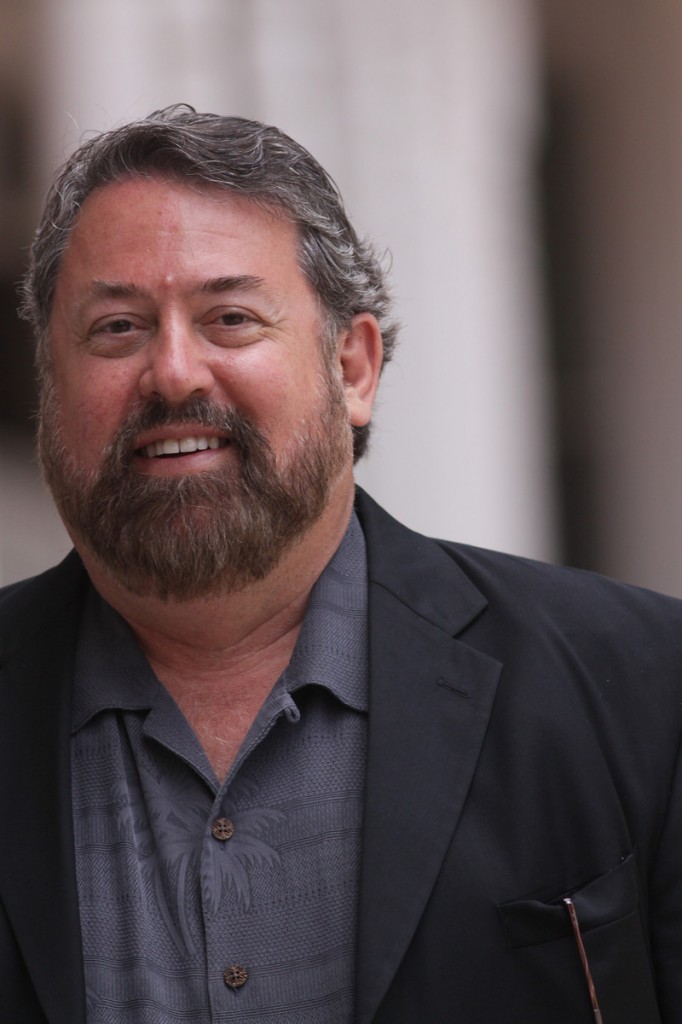 Mark Anderson is the CEO of Strategic News Service (SNS) and publisher of the weekly SNS Global Report on Technology and the Global Economy (www.stratnews.com), read by Bill Gates, Elon Musk, Vint Cerf, Michael Dell, Paul Allen, Craig Venter, Jeff Bezos, Bill Janeway, Paul Jacobs, Leroy Hood, and technology executives and investors worldwide. He is also the founding CEO of startup Pattern Computer Inc. and chair of the Future in Review (FiRe) conference (www.futureinreview.com) – now in its 16th year – which The Economist has named “the best technology conference in the world.”

Mark is credited with accelerating the deployment of 3G wireless in Iceland; helping design Sweden’s wireless auction process; assisting Eastern Germany’s technology programs; creating “Project Intelligent Response,” the first post-911 manual for the US government on the use of technology to combat terror; and being the first to fully document the central role of stolen intellectual property in China’s national business model. His successful predictions include the Great Financial Collapse of late 2007 (made in March of that year, on CNBC Europe’s PowerLunch); the contemporary outbreak of “currency wars” and the first modern use of the term; the advent and success of the CarryAlong computer category as the fastest-growing and largest in the industry, now represented by pads and netbooks (predicted in 1997); the first detailed description of the Internet Assistant category, currently represented by Siri, Google Now, and Dragon Go! (in 1998); and the global currency crisis of late 1997 (in April of that year) – contributing to a publicly graded 94.5% prediction accuracy record since 1995. He is the only person to have publicly predicted both the Great Financial Collapse and the Oil Price Collapse, the two most important economic events of modern times.

Mark’s intellectual contributions include: Resonance Theory – the first physics Theory of Everything based on the resonant properties of empty space; the AORTA (Always-On Real-Time Access) concept, subsequently taken as the name for Europe’s first broadband network; the AORTA Manifesto, a proven process for K-12 schools integrating technology, since adopted by the White House in its ConnectED initiative and by NGOs and educators around the world; Equilibrium Genetics, a new theory of evolution, cell function, and genetic variation; the Global Trifecta proposal – a solution set to slow global warming, based on linking commercial graphene production to energy plant CO2 emissions and graphene 3D printing; and Flow Economics and Hyperstructural Economics, two new pragmatic descriptions of the forces behind the post-Information Age economy.

Having discovered the power of Flow & Interaction, Mark is the author of the new book The Universal Powers of Flow and Interaction: Applying the Two Fundamental Actions Behind Every Element of the Universe, as well as of the recently released The Pattern Future: Finding the World’s Great Secrets and Predicting the Future Using Pattern Discovery (2018).

Mark is co-founder of the new Pattern Recognition Laboratory at UC San Diego, a member of the Australian-American Leadership Dialogue, and an advisory board member of the Calit2 and Qualcomm Institutes, the Graphene Industry Stakeholders Assn. (GSA), and the GSA Center of Excellence. He provides advice to or has invested in Ignition Partners, Mohr Davidow Ventures, the Global Advisory Council of the mPedigree Network (Ghana), SwedeTrade, The Family Circle (Europe), the NSA, the Department of Justice, the FBI, the DHS, the NGA, the State Department, USTR, the White House, GCHQ, MI5, the British Cabinet Minister’s Office, and industry-leading firms including Dell, Microsoft, Google, Symantec, Nuance Communications, and others. His work was recently showcased in the 60 Minutes segment “The Great Brain Robbery,” and he is a frequent guest on National Public Radio’s All Things Considered, as well as the BBC World News and Bloomberg TV. He regularly appears in the Economist, the Financial Times, the New York Times, the Wall Street Journal, and other media.

Clients include some of the largest software and telecommunications companies in the world; TAP also works with small but promising companies.

Retained by Prince/Johnson Controls (world’s largest independent designer and maker of car interiors) to advise on the future of car computing.

Hired by the government of Saxony, Germany, to assist in the formation of a new software industry.

Consultant to Softbank/Seybold on new directions for this leading computer trade show vendor.

Retained by Aldus Corporation to work with Paul Brainerd, chairman, CEO and founder, on a proprietary internal planning project. Subsequently retained to manage development of 1994 corporate strategy; work led to Adobe merger. Upon adoption of strategy by executive committee, was retained to assist in related alliance formation.

Set strategy and tactics for a Washington software startup resulting in a multi-year, multi-million dollar non-equity funding by a top U.S. computer manufacturer. Assisted this company in successfully obtaining venture capital; second round closed in 1993.

Led a negotiating team for the leading Windows utilities software company which closed on a $1 MM OEM agreement with IBM.

Selected as the only outside software consultant to advise the Technology Practice of investment banking firm Piper Jaffray, Inc.

As a member of the Advisory Board of the Human Interface Technology Laboratory, assisted in bringing Microsoft and other companies into the Virtual Worlds Consortium. Became the first individual member of the Consortium.

As a director of VR software startup WorlDesign, Inc., assisted in the formation of alliances with firms in the U.S., Europe and Japan.

Author of the weekly column “The Next Files,” ABCNews.com

Televised interview on “The Future of the East German Software Industry,” East Germany

Presenter and Moderator, Online Advantage 96, Keynote Panel: “The Future of the Internet”

Speaker and Panel Moderator, SoftExpo: “Software Opportunities on the Infobahn”