Michael V. Copeland joined Fortune magazine in September 2007. Prior to that, he had been a senior writer at Business 2.0 since April 2003 and covered the venture-capital community, new technology, and startups. Along with Andrew Tilin, his story “The New Instant Companies” was recognized by the World Leadership Forum as the best business story in a magazine in the 2006 “Business Journalist of the Year” competition.

Michael was most recently a senior writer for Red Herring and authored features on venture capital, emerging technology, and management issues. Along with Lee Bruno, Om Malik, and Chris Locke, he was recognized by the American Society of Business Publication Editors in the “Single News Article” category for a September 1, 2001, piece entitled “Enron’s Burnout.” Before that, Michael served as a senior editor at the Venture Capital Journal and worked on the national desk at the Washington Post. He has been a reporter for the Oakland Tribune, the Orange County Register, and the Philadelphia Inquirer, and he has freelanced for several San Francisco Bay Area and national publications. Michael has also developed environmental stories for television and radio.

No news for Michael Copeland today.

The Deep Lesson of the Financial Crisis: Economics Is Not a Branch of Physics 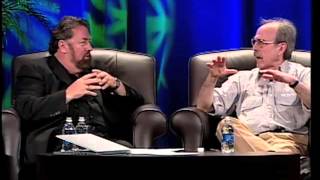