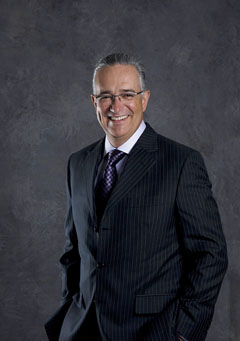 Ricardo B. Salinas is one of Mexico's leading entrepreneurs. His activity is centered on value-added businesses and rapid, efficient execution. He is also a leading public figure focused on modernizing his country's business practices. Ricardo believes that accessible capital, education, and the availability of advanced information technology at affordable prices are the keys to building the middle class.

Grupo Salinas, chaired by Ricardo, started as a small, family-owned furniture manufacturer in 1906 and today employs more than 50,000 people in 10 different countries.

When Ricardo became CEO of Elektra in 1987, the company founded by his grandfather had fewer than 60 stores and was facing bankruptcy following the crash of the Mexican peso. Ricardo refocused the company on basic product lines, and, most important, restored credit sales. Through organic expansion and acquisitions, in just a few years Grupo Elektra became Mexico's largest specialty retailer and consumer finance company.

Grupo Elektra's mission further expanded in 2002, when it received the first banking license in almost a decade. The following year, Grupo Elektra received a license to operate a pension-fund management business, Afore Azteca, and purchased an insurance company today known as Seguros Azteca.

Ricardo is also chairman and founder of TV Azteca. The company was created in 1993, when an investor group he led acquired two national television licenses as part of a privatization process. Under Ricardo's leadership, TV Azteca broke Mexico's television monopoly and became the second-largest producer of Spanish-language television programming in the world.

Azteca America began in 2001 in Los Angeles as a Spanish-language television network aimed at the 40 million-strong Hispanic population in the United Sates. The company has local affiliates in over 60 markets where 90% of Latinos reside.

In 2003, Grupo Salinas acquired Iusacell, the first mobile-phone company in Mexico, which under Ricardo's leadership has become the most advanced telecommunications provider in the country. In 2010, Ricardo launched Total Play, the only direct-to-home fiberoptics telecommunications provider in Mexico. Other Grupo Salinas operations include a credit bureau, a motorcycle manufacturer, a call center, and even a professional soccer team.

Ricardo started the nonprofit Fundación Azteca in 1997 to address a broad range of social problems. In 2005, he launched Fundación Azteca America, an organization committed to improving the well-being of the Hispanic community in the United States. Today, in addition to Mexico and the U.S., Fundación Azteca has a presence in Guatemala, Perú, and El Salvador.

Ricardo's role as an innovator has been recognized by some of the world's leading business organizations. He has addressed the World Economic Forum, the Young Presidents' Organization, the Economist Roundtable on Mexico, the Institute of the Americas, UCLA. and Harvard Business School, often speaking about globalization, telecommunications, entrepreneurship, migration, and the opportunities at the Bottom of the Pyramid (BOP). 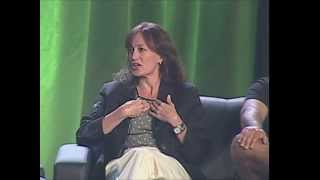