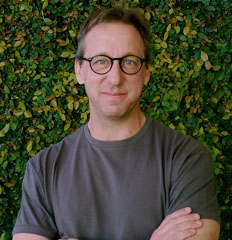 Tim Disney is the co-founder of Uncommon Productions, which produces documentary and feature films that inspire, enlighten, and engage.

Tim's feature credits include co-writer of Oliver and Company, an animated children's film; and producer of The Giving, which was a gold-prize winner for Best First Feature at the 1992 Houston WorldFest.

Tim directed A Question of Faith, selected for the 2000 Sundance Film Festival; and Tempesta (2005), a Venice art-world thriller based on the novel by Juan Manuel de Prada. His recent feature American Violet premiered at the Telluride Film Festival in 2008, won the audience prize for best feature at the Mill Valley Film Festival, and was released in 2009 by the Samuel Goldwyn Co. He is currently at work developing a play and several feature projects, and has just completed a short film, Southbound.

No news for Tim Disney today.