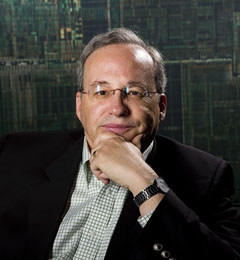 Justin Rattner is Intel's vice president and chief technology officer. He is also an Intel Senior Fellow and head of Intel Labs. In the latter role, he directs Intel's global research efforts in microprocessors, systems, and communications, including the company's disruptive research activity.

In 1989, Justin was named Scientist of the Year by R&D Magazine for his leadership in parallel and distributed computer architecture. In December 1996, Justin was featured as Person of the Week by ABC World News for his visionary work on the Department of Energy ASCI Red System, the first computer to sustain 1 trillion operations per second (one teraFLOPS) and the fastest computer in the world between 1996 and 2000. In 1997, Justin was honored as one of the Computing 200 - the 200 individuals having the greatest impact on the U.S. computer industry today - and subsequently profiled in the book Wizards and Their Wonders (ACM Press).

Justin has received two Intel Achievement awards for his work in high-performance computing and advanced cluster communication architecture. He is a member of the executive committee of Intel's Research Council and serves as the Intel executive sponsor for Cornell University, where he is a member of the external advisory board for the School of Engineering. Justin is also a trustee of the Anita Borg Institute for Women and Technology.

Justin joined Intel in 1973. He was named its first principal engineer in 1979 and its fourth Intel Fellow in 1988. Prior to joining Intel, Justin held positions with Hewlett-Packard Co. and Xerox Corp. He holds BS and MS degrees from Cornell University in Electrical Engineering and Computer Science.

The Future of Chipped Intelligence 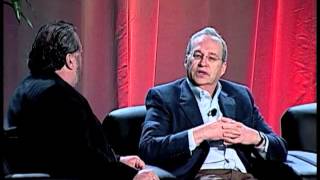