Actress; and Founder and President, Alliance to Stop Slavery and End Trafficking (ASSET) 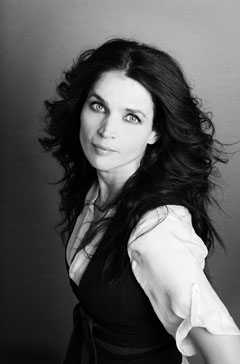 British actress Julia Ormond received the London Drama Critics' Award for Best Newcomer in Christopher Hampton's Faith, Hope and Charity. Among her film work she has starred in the epic Legends of the Fall alongside actors Brad Pitt, Anthony Hopkins, and Aidan Quinn, and played the lead role with Harrison Ford in the film Sabrina, directed by Sydney Pollack. In 2008, she starred with Brad Pitt in the fantasy- drama The Curious Case of Benjamin Button and also worked with Benicio del Toro in Steven Soderbergh's biopic Che.

In 2010, Julia won a supporting actress Emmy Award for her role in the HBO movie Temple Grandin. Julia can currently be seen in the Weinstein Co.'s My Week with Marilyn, in which she plays actress Vivien Leigh.

Julia has participated in the following film festival juries: Cannes, Karlovy Vary, Flanders, Tribeca, Morelia, Telluride Documentary, and Sundance 2012. She has been the voiceover for numerous documentaries and executive-produced Calling the Ghosts: A Story about Rape, War and Women, which was used as a lobbying tool for the arrest of the indicted Serbian war criminals. Calling the Ghosts won an Emmy, a Cable Ace, and a Robert F Kennedy Journalism award, and after a screening at the Council of Foreign Relations, spurred legislation that enabled the arrest of Slobodan Milosevic.

Julia participated on Call and Response,, a documentary on the state of slavery today, which was one of the first documentaries to use cellphone technology to immediately donate to the cause. She is also an associate producer to Libby Spears' Playground, which focuses on the environment that enables child trafficking within the U.S.

Julia is the founder and president of the Alliance to Stop Slavery and End Trafficking (ASSET), which works with corporations, NGOs, government officials, and individuals to create the systemic change needed to eradicate slavery at source. ASSET was the chief organizational sponsor of California Senate Bill 657, the California Transparency in Supply Chains Act of 2010 - a consumer-rights disclosure bill requiring major manufacturers and retailers to make public their policy on trafficking and slavery all the way down the supply chain. SB657 took effect on January 1, 2012, and ASSET is currently working on passage at the federal level. Julia is a former United Nations Goodwill Ambassador against Trafficking and Slavery, and the founding co-chair of Film Aid International.

As an advocate, Julia has traveled the world assessing solutions and challenges and has appeared as council to the United States House of Representatives, Committee on International Relations, Subcommittee on Africa, Global Human Rights and International Operations. For her advocacy work she is the recipient of the World Economic Forum's Crystal Award and Women for Women International's Peace Award. 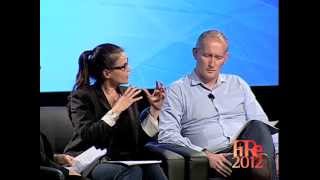