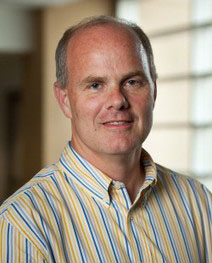 SVP Seattle is an affiliate of >Social Venture Partners International, a federation of SVPs in 30 cities across the world. Paul is the founding president of SVPI and currently sits on its board of directors.

Paul is committed to work in the community, serving on the boards of several organizations. In addition to his current work with SVPI, he sits on the board of the Microsoft Alumni Foundation and Partners for Our Children. Past work includes a recent term as board treasurer of Grantmakers for Effective Organizations (2001-2007), Children's Alliance in Seattle (1996-2000), and Treepeople in Los Angeles (1987-1990). He was recently named one of the "Top 50 Most Influential People in the Non-Profit Sector" by the NonProfit Times for the second year in a row.

Before coming to SVP Seattle in 1998, Paul was group manager for worldwide operations at Microsoft Corp., where he developed a group of 22 direct marketing professionals and implemented a direct marketing infrastructure. Prior to his work at Microsoft, Paul was a product manager at Nestle USA in Glendale, California.

Paul holds an MBA in Marketing and Finance from the University of Texas and a BBA in Accounting from Iowa State University. He enjoys life with his wife and three sons and is an avid sports fan, especially of his own kids' teams, and "enjoys" his hobby as a high school basketball referee.