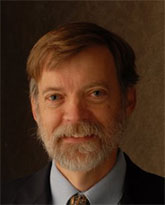 Tom Taylor is an advanced technology, innovation, and strategy advocate currently working on connected automotive, Big Data, and the Internet of Things (IoT). Tom leads the building of a new data analytics business using Verizon Telematics connected car data. He has also worked with several startup and incubation programs with new and emerging companies that can play into the connected lifestyle space. He is currently involved in new intellectual property around these services as well as next-generation systems and services.

Tom was previously VP of Advanced Strategies at Verizon Telematics, where he was responsible for business and technology strategies that would help the company maintain its position of thought leadership.

Tom joined the Hughes Telematics team in June 2007 as the vice president of Engineering Development. In this position, he developed and managed the suite of offerings relating to personal and automotive telematics. This included existing and emerging automotive connectivity services, as well as mobile personal device-connected services. In July 2012, Hughes Telematics was purchased by Verizon so that Verizon could increase its suite of service companies.

Prior to Hughes, Tom managed the broadband technology group at EchoStar, where he developed various products and systems, including mobile video, WiMAX, Wi-Fi, and two-way satellite systems. He has also worked as an educator, research scientist, and product development engineer.