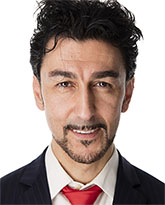 Bibop Gabriele Gresta is considered a worldwide expert in finance, transportation, and media, specializing in mass-market community building and project design, as well as being a world-renowned speaker. He serves on the board of several humanitarian projects and is an activist in transhumanism and ethical entrepreneurship.

Bibop started at a young age in the software field. By the age of 15, he was the software development director at Alpha Center International, creating a disruptive super-learning system successfully implemented in several countries. In 1990, he joined the Mato Grosso dance music project, with which he traveled on international tour; within five years they had hit the Top 10 list several times.

Bibop founded Bibop, a production company and agency focused on content distribution, in 1995. Within the first two years, it reached 8 billion (Italian lira) in revenues, with 56 active clients among the top 50 brands. In 1999, he sold 40% of the company to Telecom Italia for 11 billion lira, hitting the media with one of the first successful case histories in the Italian New Economy.

In 2003, Bibop founded the Digital Magics Group, a digital-media incubator, and started up more than 68 companies. In 2011, he pioneered the VC market with two stock-listed companies, in the UK and Germany, investing more than 70 million pounds. The following year, he relocated to the US to focus his energies on building Digital Magics and the award-winning YOTT.IO multi-platform. Digital Magics was listed on the Italian Stock Exchange (DM.MI) in 2013.

In 2014, Bibop became a partner with Dirk Ahlborn, CEO and co-founder of JumpStarter Inc. and chairman and COO of Hyperloop Transportation Technologies Inc. Today, as chairman of HTT, Bibop coordinates a team of 450 engineers in 21 countries currently building the first Hyperloop.

In television, Bibop was formerly the host, author, and producer of hit programs on networks including MTV and Tmc2, and he had a mainstream acting role in two films: Il Segreto Del Giaguaro and Tobia Al Caffé. 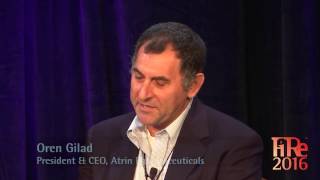