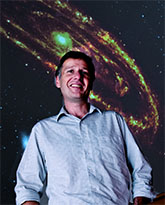 Andy Connolly is the director of the DIRAC Institute in the Department of Astronomy at the University of Washington. His workÂ brings together scientists across many disciplines with a goal of understanding Â the nature of dark matter and dark energy, the emergence of structure within the universe, the formation of galaxies, and the origins of our solar system.

Andy joined the University of Washington as a professor in the Astronomy department in 2007, after holding positions at the University of Pittsburgh and Johns Hopkins University.Â He's a 10-year veteran of the Large Synoptic Sky Survey (LSST:Â http://www.lsst.org) -Â a telescope on an 8,800-foot peak in northern Chile, with an 8.4-meter primary mirror, a 10-square-degree field of view, and a 3.2 gigapixel camera. LSST will survey half the sky every three nights, generating about 200 terabytes of data every week. Andy's group is currently working on developing the tools and methodologies that will enable scientists to search through and analyze its data.

Andy has a longstanding interest in science education and engaging the public in science, including co-writing a book on machine-learning for astronomy and, in 2007, while on sabbatical at Google, leading the development of Google Sky.

No news for Andrew Connolly today.

Pictorial Processing: Metadata Analysis for the World's Most Powerful Telescope 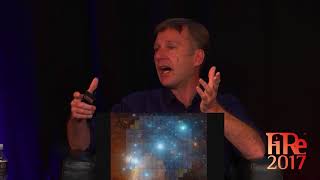