Chairman of the Board of Directors, Darnytsia Group 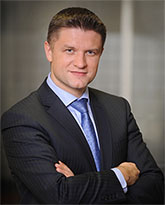 Dmytro Shymkiv is a top Ukrainian manager in the field of information technology, a chairman of the Board of Directors of Darnytsia Group, a former deputy head of the Presidential Administration of Ukraine (from 09/07/2014 to 31/08/2018), ex-CEO of Microsoft Ukraine, a member of Kyivstart Supervisory Board.

In September 2018, Dmytro Shymkiv headed the board of Darnytsia Pharmaceutical company.

From July 2014 to August 2018, Shymkiv worked as the deputy head of the Presidential Administration of Ukraine (PAU). Among his achievements are drafting the president's strategy for sustainable development ("Ukraine 2020"), establishing the National Reform Council and Project Management Office for reforms, creating the National Reform Monitoring framework, enabling the possibility of launching third-generation mobile technology (3G) through competition, driving the "Digital Ukraine" and "Go Global" initiatives, evangelizing the electronic public procurement system "ProZorro," creating electronic petitions service to the president, introducing various innovations in the Presidential Administration, and more.

Dmytro is a technology entrepreneur, innovator, and respected professional with 20 years of leadership experience in the IT industry across Ukraine, Europe, and the US. Since May 2009, as general manager of Microsoft Ukraine, he has successfully led the company from the recession toward a new growth across all product groups and customer segments, as well as developed new business opportunities.

Under Dmytro's leadership, Ukraine was repeatedly named one of the top-performing Microsoft subsidiaries worldwide, including the award as Top Subsidiary of the Year in fiscal year 2011. Since 2011, Dmytro has been listed among the Top 10 Best Ukrainian CEOs, according to Investgazeta, an authoritative annual ranking of Ukrainian executives, which also named him Ukraine's best CEO in 2012.

Dmytro joined Microsoft in 2007 as Enterprise and Partner Group director, and in this capacity grew the enterprise business by more than 60% year over year. Earlier, Dmytro had established a software development startup, which, as a result of a series of acquisitions, eventually became part of a global IT company, where Dmytro later served as head of R&D and company director in Central and Eastern Europe.

Dmytro holds a System Engineering degree in Information Technology, Electronics, and Telecommunication from Lviv Polytechnic National University. He was a member of the Young Presidents' Organization (YPO) - a worldwide network of CEOs and business owners. Dmytro served on the board of the American Chamber of Commerce in Ukraine, on the board of advisors to AIESEC in Ukraine, on the board of Bohdan Hawrylyshyn Charitable Foundation, and on the supervisory board for the state university Lvivska Politechnica. He is married and has three children. His hobbies are sports, history, and art.

Ukraine: On the Front Lines of Russia's Infowar Machine 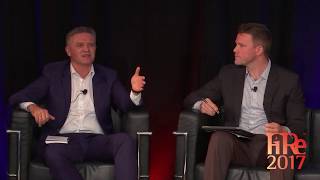