In addition to making accurate predictions in technology and the economy, SNS has been the source of a large number of new concepts and theories. The concepts often have led to major new products and or product categories, while the theories have consistently proven more useful and true over time.

Among these contributions are: 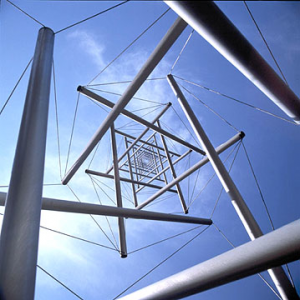 The CarryAlong Computer: Beginning in 1997, SNS spent over a year describing this concept category, with specific physical measurements, use cases and annual growth rates. Having later become the fastest – growing computer category in history, it is represented today by iPads, Amazon’s Fire, the Microsoft SurfacePro, and many other pads and netbooks.

Flow Economics: A revolutionary view of global economics, based not on balance sheets, but on dynamic flows. Its development and internal use led to the first public prediction of the Global Financial Collapse, on CNBC PowerLunch / Europe television, in London, in March 2007.

The Internet Assistant: This category was first predicted and described in SNS beginning in 1997, as the most important mobile application of our time. It is currently represented by Siri, Dragon Go!, Cortana, Hound, GoogleNow, ViV, and many others.

Equilibrium Genetics (previously: Multiple Input Genomics Hereditary Theory of Evolution, or (MIGHTE)): An extension of Darwin’s Theory of Evolution, adding suggesting an equilibrium state between cellular DNA structure and intra- and inter-cellular information, including and not limited to RNA and mRNA, bacterial and viral DNA, and reverse-signaling from cell membrane to DNA.

Resonance Theory: The first physics theory to describe resonant fluctuations of empty space as the Theory of Everything. Its conclusion: the laws of physics derive directly from the physical characteristics and symmetries of otherwise-empty space). More about Resonance Theory

The Spark Computer: An award-winning computer design for K12, co-produced with IDEO as a part of the SNS Project Inkwell Consortium. It looks remarkably like an Apple iPad Mini, ten years or more before its time.

Spherical Memory™ (not yet accomplished): A patentable storage technology and product.

The World Computer (not yet accomplished): The output of a 1998 private meeting (code named “Project Hoover”) convened by SNS in Seattle, and sponsored by the Free State of Saxony, which was attended by all of the major chipmakers, OS vendors, and hardware firms, including and not limited to Intel, Dell Computer, Microsoft, AMD, National Semi, and others. Currently represented by today’s most advanced laptop computers. The Panasonic Toughbook ™ series was the first iteration of the concept; the Microsoft SurfacePro also complies with the requirements.

Absolute Genetic Synergy: The SNS Proposal that there is an absolute synergy between DNA and the environments for which it has evolved. A critically important conclusion is that DNA is not suited to chemicals or experiences not in place prior to modern times.